Obesity and the Life Risk 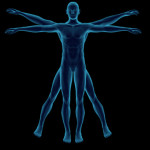 Obesity has been conclusively linked to a variety of medical conditions and diseases. There have been many studies that have demonstrated the correlation between obesity and life threatening medical conditions. While the link may be weak or questionable for some medical conditions, the link between obesity and medical conditions is great for several debilitating and life threatening diseases. As Dr. Michael Jay Nusbaum, Bariatric Surgeon,  of Livingston, NJ adds, “Obesity is classified as a world health epidemic, affecting approximately 1.2 billion worldwide. This will be the first generation in 100 years in which life expectancy will go down due to obesity.” The good news is that obesity can be treated for the vast majority of people through weight loss surgery, when traditional methods fail.

Obese individuals in small numbers may not qualify for massive weight loss surgery when the risks associated with undergoing surgery because of associated medical conditions are greater than the proposed benefits. In such cases, bariatric physicians may work with these obese individuals to counsel on healthy weight loss. These individuals may also be considered for liposuction by bariatric plastic surgeons. Liposuction will not result in massive weight loss but may improve mobility to stimulate higher a physical activity level, ultimate weight loss and possible reconsideration for weight loss surgery. In all cases of obesity, it is vital to seek out treatment and to prevent suffering from life threatening diseases or the risk of death. 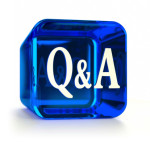 In 2003, results of a Scotland study by Glasgow University researchers demonstrated the increased risk in obese people for heart attack, cardiovascular failure and pulmonary embolism. This was a twenty year study involving over 15,000 women and men over the age 45.

In 2003, the American Cancer Society announced study results involving 900,000 plus women and men over a 16 year period. The consensus was that excess weight may be linked to 14% of all male cancer deaths and 20% of all female cancer deaths

In 2004, Bio-Medicine published the results of a Sweden study involving nearly 7500 men of which nearly 900 experienced strokes. The study results were complied using data from the Swedish Hospital Discharge Registry and the Swedish National Register on Cause of Death. Men with a BMI more than 30 were at a significantly greater risk for stroke. The outcome showed a link between middle age obesity and elevated stroke risk later on. The researchers also identified that obesity is a risk factor for stroke.

In August 2009, Science Daily reported findings of Scientists at the University of Liverpool to further demonstrate the link between obesity and type 2 diabetes. Researchers also identified doubling caloric intake raises SPARC levels released by Leptin produced in fat cells by over 30%. Consequential biological activities then produce tissue scarring that lead to dysfunction of the sugar uptake process and ultimately type 2 Diabetes. 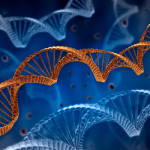 Adipose Fat Cells: Researchers have now narrowed the scope of the link down to adipose fat cells which surround the body’s blood vessels and organs.    Adipose fat cells in the body release a host of hormones, some of which support metabolic activities. Others may harm vital blood vessels when taxed by the body’s unhealthy lifestyle habits. Add to this the other adverse hormone releases that compile in the blood, blood vessels respond with inflammation. The unhealthy cycle is suspected to lead to the deterioration of the blood vessels. Hence, coronary artery disease which triggers heart attacks, strokes and death.

Uric Acid and Excess Purine Food Intake: The impact of “you are what you eat” takes on a new dimension for those who eat excess purine food types.  Excessive consumption of purine foods, such as, beefs, poultry, gravy, sweetbreads, liver, seafood, beans, oatmeal, and wheat germ may make purines turn into uric acid. Uric acid is then expelled through the kidneys. In an obese individual that eats an abundance of purines, the kidneys may not keep up with the elimination requirement of uric acid from the blood. Instead, the uric acid forms crystals that lodge in the joint fluids and linings of the body. Since the crystals are a threat to the joints, the body’s biological response is to send white blood cells out to release combative chemicals that will eliminate the crystals. The result is joint and joint tissue inflammation, as well as, intense pain. In turn, obese people with this condition may develop gout. Add to this the demand on the joints to carry massive weight, cartilage surrounding the joint may disintegrate and osteoarthritis may result.

Oxygen Intake and Output Limitations: When examining breathing deficient, the outlook is no more appealing. People with large necks, excessive neck fat and excessive fat surrounding the throat are at risk for breathing difficulties. There are three causes for sleep apnea and excessive weight is one of them. Signified by snoring, oxygen inhalation and exhalation is limited in sleep apnea. The daily deprivation of oxygen is a contributor to heart attacks.

We may only be at the tip of the iceberg in terms of how fat cells and other bodily system effects from obesity create health risks. Too, this article only mentions a few of the many possibilities. Yet, recent study results demonstrate multiple factors have snowball effect for increased health risks due to inappropriate biological responses common among obese individuals.

It is important to recognize that all information contained on this website cannot be considered to be specific medical diagnosis, medical treatment, or medical advice. As always, you should consult with a physician regarding any medical condition.
Your Health Access disclaims any liability for the decisions you make based on this information.