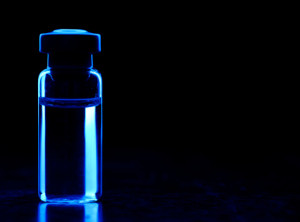 Got Tendonitis Get A Natural Healing Shot!

Tendonitis sufferers may soon be enjoying simplicity in treatment with a quick shot of their own refined blood. Word is spreading in orthopedics about using an injection of platelet rich-plasma blood supply for tendonitis. One orthopedic surgeon’s patient recently shared his experience with a refined blood shot to relieve his boxer’s elbow tendonitis.

Tendonitis can be one of the most nagging medical conditions, responsible for keeping 70,000 people out of work if all repetitive motion injuries were included in the numbers, according to the U.S. Bureau of Labor Statistics. It’s difficult to contend with, particularly since tendons and ligaments have a limited blood supply.   Traditionally,  worst case scenarios may make surgery the only option. Now, an exciting discovery suggests that tendonitis, signified by persistent tings and throbs of pain, as well as, functionality loss, may simply be remedied with shot of a new blood supply!

One such lucky tendonitis patient found an orthopedic surgeon who had witnessed the benefits of just that. Dr. Richard Brown of La Jolla, California.  Dr. Brown received his MD training from Duke University, had a Fellowship from Massachusetts General Hospital in Hand Surgery, did his residency and internship program participation at University of California San Diego Medical Center, Ortho, and received two board certifications by American Board of Orthopedic Surgery, Orthopedic and the American Board of Orthopedic Surgery, Surgery of the Hand.  Dr. Brown has put his training to good use with renewed focus on advanced treatment for tendonitis.

As Dr. Brown explains,   “This is a great advancement in orthopedics.  Many people with tendonitis lead a very active lifestyle and the traditional surgical approach requires recovery time that may take these individuals out of action with limited functionality in the affected area for 2 to 3 months. The alternative is remarkable, offering an injection of platelet rich plasma that can enhance healing, without the down time of surgery. The scientific data has not fully demonstrated how it works, but the treatment appears to be effective 60% to 70% of the time.” Orthopedic surgeons may simply extract blood from a patient with tendonitis and specially process it through a medical device to deliver a new platelet rich blood supply with healing qualities.

Dr. Brown’s  patient’s name is Jon Huberman of San Diego, CA.  Jon was initially very pleased with the results from the team approach at his orthopedic specialist’s office. An orthopedic surgeon who had kept on top of medical advancements and a rehab squad that is well recognized for their talents. James first completed rehab and used anti-inflammatory agents to reduce discomfort from his tendonitis.  The initial results were very comforting. However, as he continually used his boxer’s elbow, with all of his extracurricular activities, excessive typing, and traveling with heavy luggage, the nuisance of tendonitis fell upon his elbow once again over time. The next step might have been surgery. Instead, he went for a new blood supply!

As Jon explains, “I really liked the idea that simply injecting a fresh blood supply into my arm could offer healing for my tendonitis. I’d rather try this than take time away from my life in surgery.  And the injection isn’t more uncomfortable than the throbbing pain I feel from tendonitis every day. So, I thought, why not?”

Rehabilitation and anti-inflammatory agents are still a primary method for treating tendonitis and may still be the first protocol to follow when challenged by tendonitis, depending upon the patient’s condition. Surgery is the next step for unresolvable tendonitis. However, the alternative offered in a new platelet rich plasma blood supply has hit the radar screen for many orthopedics.  As Dr. Brown adds, “So, it looks like those with tennis elbow, golfer’s elbow, boxer’s elbow and the like may have a chance to forgo surgery and downtime!”  In fact, days later, the Your Health Access team followed up with Jon, to check in. As Jon, adds, “It’s feeling better already! I’m going skiing weekend and I’m not worried about it!”

It is important to recognize that all information contained on this website cannot be considered to be specific medical diagnosis, medical treatment, or medical advice. As always, you should consult with a physician regarding any medical condition.

Click here to cancel reply.
Home | Terms of Use | Healthy Living Features | Find A Doctor | Coupons & Giveaways |About Us | Review Board | Become A Sponsor |
Copyright ©2020. YourHealthAccess.Com. All Rights Reserved.