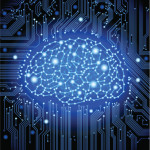 Type 2 Diabetes, even borderline Diabetes, and Cardiovascular Disease (CVD) are not a good combination. Recently, results from the Diabetes Heart Study-Mind (DHS-Mind) conducted at Wake Forest Baptist Medical Center demonstrate that people suffering from Type 2 Diabetes and Cardiovascular Disease (CVD) may be at an increased risk of cognitive decline. Notably, the conclusions suggest that the decline occurs before visibly apparent to people with Type 2 Diabetes and CVD, reducing the opportunity for early treatment.

Christina E. Hugenschmidt, Ph.D., lead author of the study and an instructor of gerontology and geriatric medicine at Wake Forest Baptist remarked that even at borderline Type 2 Diabetes clinical levels, CVD risks factors may be a consideration for physicians to investigate because the combination might have long-term implications for peoples’ mental, cognitive health. The DHS-Mind evaluated numerous aspects of cognitive functioning, particularly coordinated by the frontal lobe. These factors included, but were not necessarily limited to:

As Hugenschmidt explained, “There has been a lot of research looking at the links between Type 2 Diabetes and increased risk for Dementia, but this is the first study to look specifically at sub-clinical CVD and the role it plays. The results imply that additional CVD factors, especially calcified plaque and vascular status, and not diabetes status alone, are major contributors to Type 2 Diabetes related cognitive decline. Our research shows that CVD risk caused by Diabetes even before it’s at a clinically treatable level might be bad for your brain.”

In the past, there was a Diabetes Heart Study (DHS) to examine relationships between cognitive function, vascular calcified plaque and other major diabetes risk factors associated with cognition. In this case, researchers gathered data from sibling participants by tracking extensive measurements from 1998 to 2006.  The Diabetes Heart Study-Mind (DHS-Mind) focused on contacting as many of the over 1400 original study participants as possible who had cardiovascular measures. Of that 516 total, 422 were affected with Type 2 Diabetes and 94 were unaffected. Adding to this group of siblings, the DHS-Mind study researchers evaluated non-siblings and compared the groups which gave way to more clinically relevant data as siblings shared the same environmental and genetic background.

The DHS-Mind study added cognitive testing to existing measures in the former test to explore the relationships between measures of atherosclerosis and cognition in a population heavily affected by diabetes. Former studies focused on diabetes and cognition in the context of those who presented with clinically evident CVD. This is the first study to evaluate participants before a typical clinical evaluation.

As Hugenschmidt added, “CVD explains a lot of the cognitive problems that people with diabetes experience. One possibility is that your brain requires a really steady blood flow and it’s possible that the cardiovascular disease that accompanies diabetes might be the main driver behind the cognitive deficits that we see.”

Wake Forest School of Medicine, in Winston-Salem North Carolina is ranked among the nation’s best medical schools and is a leading national research center in fields such as regenerative medicine, cancer, neuroscience, aging, addiction and public health sciences. Wake Forest Baptist’s clinical programs have consistently ranked as among the best in the country by U.S. News & World Report for the past 20 years.

It is important to recognize that medications and medical procedures are associated with benefits and risks that should be discussed with your physician. It is important to recognize that all information contained on this website cannot be considered to be specific medical diagnosis, medical treatment, or medical advice. As always, you should consult with a physician regarding any medical condition. Your Health Access disclaims any liability for the decisions you make based on this information.